Everybody knows and loves Jane Eyre, but not many people have even heart of Villette. Todays novel is Charlotte Brontë’s astonishing autobiographical novel of one woman’s search for true love.

Lucy Snow is travelling from England to find employment in the small belgish town of Villette in a girl’s boarding school. She has neither friends nor family and has a pretty hard time in the boarding school at first having never taught before and keeping her self-posession in the face of snobbish and unruly pupils is pretty difficult for her. The headmistress Madame Beck is also not exactly the ideal picture of a kind and warm person which makes it difficult for Lucy to settle in.

“Stone walls do not a prison make, Nor iron bars–a cage, so peril, loneliness, an uncertain future, are not oppressive evils, so long as the frame is healthy and the faculties are employed; so long, especially, as Liberty lends us her wings, and Hope guides us by her star.”

She also has to deal with her own complex feelings. First she is in love (or so she believes) with the school’s English doctor but then falls for the strict authoritharian professor Paul Emanuel. Charlotte Brontë draws immensely on her own deeply unhappy experiences based on her time as a governess in Brussels. This autobiographical novel is the last book published during Charlotte Brontë’s lifetime. It is a strong and very moving study of loneliness, isolation and the pain of unrequited love. The novel is narrated by a strongwilled independent spirit who is incredibly resilient in the face of her difficult circumstances.

Lucy Snow is not as easily likeable as Jane Eyre and there are quite a few occassions were I just wanted to shake her when the pining was a bit too much for me. But in general I really loved this novel, loved it in spite of the many weird contrived coincidences, the unreliable narrator and it’s sparse plot. Lucy Snow is like Jane Eyre’s dark twin sister and the study of a the complex inner world of a really interesting person.

Charlotte Brontë (1816-55), was the eldest of the Brontë sisters. She was born in Thornton, West Yorkshire and Jane Eyre was first published in 1847 under her pen-name Currer Bell. The book was followed by Shirley (1848) and Villette (1853). In 1854 Charlotte Brontë married her father’s curate, Arthur Bell Nicholls. She died during her pregnancy on 31 March 1855 in Yorkshire. Her novel The Professor was posthumously published in 1857.

Virginia Woolfe is being quoted as having said that „Vilette is Emily Brontë’s finest novel“ and another high brow fan of the novel is George Eliot who said „I am only just returned to a sense of real wonder about me, for I have been reading Villette“

So follow the advise of these brilliant ladies and immerse yourself into this novel. You might want to accompany your reading with Wilkie Collins „The Woman in White“ for something else equally quintessentially british. 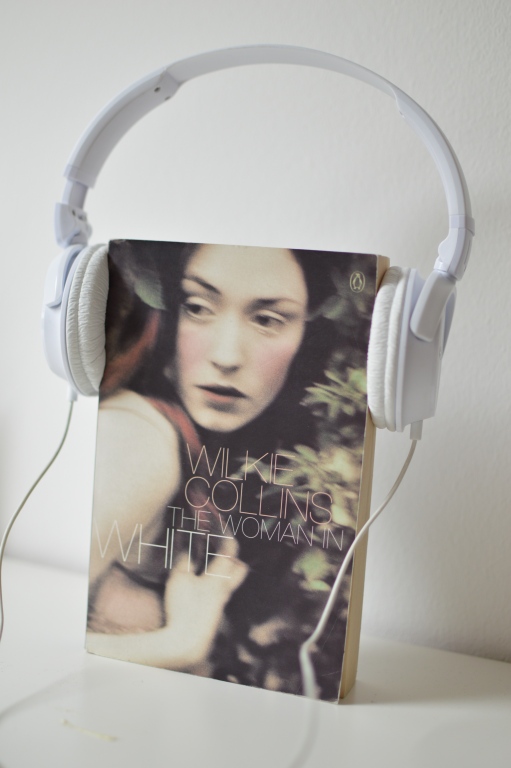 “My hour for tea is half-past five, and my buttered toast waits for nobody.”

Day 4 and we are still on the classics, not sure what to do about that. „The Women in White“ is so quintessentially british and on top of that it was the book that hooked me into the Gothic Novel Genre that I’m still a huge fan of. The book was published in 1860 in serial form in Charles Dickens‘ magazine „All year round“ and in „Harper’s Weekly“ in the US and at it’s time caused as much furore as Netflix‘ series like Orange is the New Black, Stranger Things etc nowadays.

Serialized fiction was enormously popular in the Victorian era and most novels at the time first appeared as installments in weekly or monthly magazine. Charles Dickens wildy successful „The Pickwick Papers“ in 1836 is considered to have been the founding stone of the serialized format. During that time there was basically no real distinction between „quality“ and „commercial“ literature. The Sherlock Holmes stories also famously appeared first in serialization in „The Strand“ magazine.

But let’s go back to the famous „The Woman in White“. On the evening before his trip to Cumberland where the art teacher Walter Harthright plans to teach the half sisters Marian Halcombe and Laura Fairlie at Limmeridge House, he bumps into a scared women clothed completely in white on his way home to his lodgings in London around midgnight.

He accompanies her to the city centre and she leaves him there without telling him her name. But she does mention that she spent her childhood in Limmeridge House. After her disappearance he overhears a conversation that makes him assume she escaped from a lunatic asylum.

Hartright is still shaken from his encounter the evening before. He tells Marian Halcombe about his encounter and the try together to solve the mystery of the Woman in White. They identify her as a previous pupil of Marian’s and Laura’s mother.

Walter of course falls in love with the pretty Laura Fairly who seems to reciprocate his feelings, but the is already engaged with the shady Sir Percival Glyde. This is why the honorable Hartight reminds Laura of her obligations and leaves Limmeridge House to go on an expedition to Honduras without confessing his love to Laura.

Shortly before his departure Laura receives an anonomys letter which warns her to marry Sir Percival. It turns out the letter was written by the Woman in White who looks astonishingly similar to Laura. Walter meets the mysterious woman and she confesses to him that Percival Glyde has a terrible mystery that could destroy him, but she vanishes before she can let the secret out ….

There are more twists and turns to come and telling you everything would totally rotten the experience for you to read it. This is a book you will find yourself totally wrapped up in unable to stop without finishing one more chapter and another one and maybe just one more…

I recently listened to it as an Audiobook in a dramatized version and I loved it like the first time when I read it years ago, when I lived in London and was sitting on Hampstead Heath reading the book and having to escape to a nearby pub from a surprise thunderstorm – so fitting for this novel.

So I hope you will enjoy the novel, be it in London, in a pub on Hampstead Heath or just on your sofa at home.

You can get the book in German as „Die Frau in Weiß“ at dtv.

What would be your quintessentially British novel that you would recommend to read? 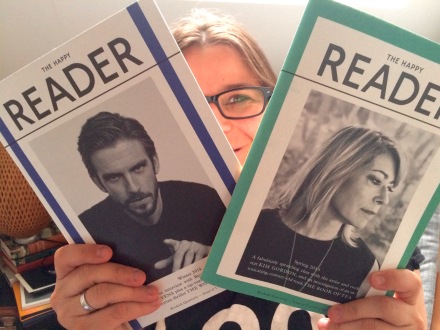 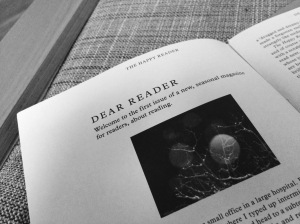