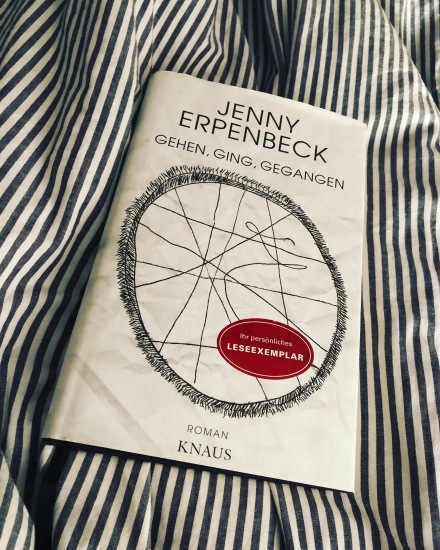 Jenny Erpenbeck’s powerful novel „Gehen, Ging, Gegangen / Go, Went, Gone“ is one of the most moving and clearsighted books I read this year. Richard a former classics professor in the east part of Berlin is getting used to his new routine as a pensioner. He has a big house with an even bigger garden near a lake where a man drowned in the summer who is still lost in the water and he rather disturbingly remains lost for the entire book.

The lost swimmer who died by accident to never return to the surface is probably a metapher for the many refugees lost in the sea on their way to Europe and of the uncertainty of the ones that made it to Europe who are now drowning in a sea of paper with the crazy german bureaucracy.

It’s never entirely clear to Richard or his readers what exactly made him actually go to Oranienplatz where 10 African refugees carry out a protest and a hunger strike to make the public aware of their terrible situation. He hears about the protest on the news and realises that he was there on Alexanderplatz the same day and just didn’t see the men.

That’s how invisible refugees are in our day-to-day life. When the protest ends Richard is sad and attents a town-hall meeting in a previous school in Kreuzberg where the fate of the refugees is being discussed. Like Homer’s Odysseus who called himself „Nobody“ he refuses to say his name when his turn comes and leaves the meeting. But something draws him back to these men and he goes and finds them in their new accomodation.

He interviews and befriends different men from Nigera, Ghana, Burkino Faso, Lybia and other places and learns about their extraordinary often brutal stories of their young lives. Most of the men are traumatised, they are bored with nothing to do all day and terrified of not belonging anywhere. They feel redundant, nobody seems to need and want them.

Richard listens to their stories, writes them down even though he is not quite sure to what end. It becomes very clear to him that even a highly cultivated academic like him knows very little about Africa. He has no idea where Burkino Faso is or if Niger is at the ocean but he works hard to learn as much as possible about African history, geography, immigration law, the different causes that make people voluntary or involuntary leave their homeland etc.

„Most of the men, from various African countries, were violently expelled from the refuge they had sought in Libya, when conflict began there too“

Richard (and also his old friends) become a lot more empathic and he experiences immense intellectual and social growth by listening to the narratives of his new friends and his studies. He goes back to his beloved classics and experiences them quite different than before. He has known the classics all his life but thanks to his new knowledge is all comes together in a new divergent way.

I also really enjoyed how the author demonstrates with Richard being from the former east of Germany that you don’t need to go into excile to become estranged from a place you used to know.

The book was written in 2015 but we still life with this moral catastrophy of dozens of refugess drowing in the sea each week on their way to Europe. Jenny Erpenbeck has not necessarily all the answers but she certainly asks the right questions. An important well written book and I was glad to see that Jenny Erpenbeck landed on quite a few „best translated novel“ with this book and the previous one „Heimsuchung/Visitation“

„Going, went, gone“ was translated into English by Susan Bernofsky and published by Granta books.

Check out Moshin Hamid’s novel „Exit West“ for another take on becoming a refugee and leaving everything behind.

What is your favorite novel by Jenny Erpenbeck?

This site uses Akismet to reduce spam. Learn how your comment data is processed. 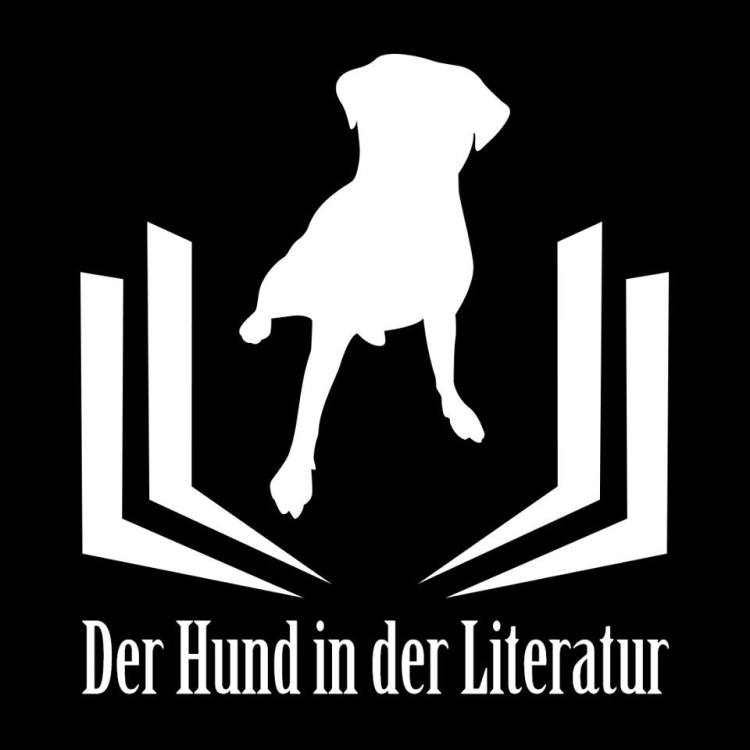